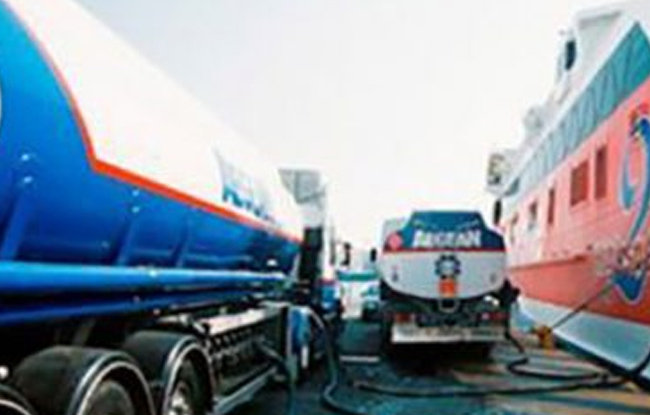 Minerva NWE NV is Greece’s most dynamic energy, petroleum, and shipping group. The company has a network of retail gas stations throughout Greece, is active in marine fuels and lubricants, and operates a fleet of tankers and barges internationally and domestically to transport petroleum and bunkers for its global base of clients.

Through its fast-growing network of gas stations, Minerva NWE NV supplies drivers in Greece with gasoline and automotive lubricants. Minerva’s modern, well-maintained gas station network has won the trust of drivers due to the high quality products and services it offers at competitive prices. In addition, Minerva directly supplies large industrial clients with petroleum products of all grades, owing to the consistency and service of its transactions.

listed Minerva Marine Petroleum Inc., with an exclusively double hull fleet—of which nine ships are newbuildings—is the natural supplier of marine fuels at 12 of the most significant ports in the world. Furthermore, with its 22 newbuildings program in progress and the continuous opening of new stations, it is one of the most dynamically developing divisions Of the Minerva Group.

Minerva provides one of the most efficient and responsive bunkering services to clients worldwide. Its ships never stop sailing and its services are available 24 hours a day, 365 days a year. Minerva operates bunkering stations in Piraeus and Patras, and in Gibraltar, Amsterdam-Rotterdam-Antwerp, Fujairah, Jamaica, Singapore, Trinidad & Tobago, Portland UK, Vancouver and Montreal, Mexico, Tangiers, Las Palmas and Tenerife, Panama, Barcelona, Algeciras, Baltimore, Philadelphia, New York, Norfolk, Charleston, Los Angeles and Long Beach, Hamburg, the Gulf of Mexico, St. Petersburg, South Africa and Brazil. All its products are ISO 8217 certified. The Company, which is a member of IBIA and is ISO 9001 certified, is well positioned on the FOBAS White List.

Minerva’s fleet of ships is at the heart of its superior service worldwide. Its vessels operate in full compliance with EU and international standards, are all certified by ISM, ISPS and MLC as well as with ISO 9001, 14001, 18001 and 50001 and are in complete compliance with SOLAS and MARPOL regulations. Minerva continually adds to its fleet of ships, which transports oil cargoes worldwide on behalf of major oil companies, commercial clients, and Minerva customers. Its new GreenFleet (http://www.greenfleet.gr) incorporates the latest technologies to ensure reduced operating costs and reduced emissions, while increasing overall performance.

Minerva produces and markets high performance lubricants for vehicles and industrial use under the Minerva brand and, for the marine market, under the ALFA brand. ALFA marine lubricants are certified and approved by the largest marine engine manufacturers in the world. The resources of our company and our follow–up service create our successful relationships and allow Minerva to supply lubricants in more than 550 ports worldwide.

The Hellenic Environmental Center collects, transports and processes oil residues from ships and land units (industrial, shipyards), while it also manages all liquid residues produced by ships. In order to carry out its work HEC has the most state-of-the-art equipment, consisting of floating separators, a fleet of pollutant-collecting tankers, and well-equipped tank trucks. HEC acts to protect the marine environment and at the same time contributes significantly to the saving of energy with the recycling procedures it uses to transform the reclaimed pollutants into energy resources.

Minerva is dynamically active in the trading of crude oil and petroleum products worldwide. The Trading Department is comprised of dedicated and professional individuals who combine high level expertise and a great many years of experience in the oil industry. Petroleum products are supplied to a broad spectrum of customers who comprise the company’s portfolio. Minerva has acquired its credibility from the high quality of the services it provides to suppliers and ship owners, a fact that supports the company’s ambitions for the achievement of long-range goals in the energy sector worldwide.